Recently, if we look around carefully, we can see so many sisters hijrah. (brothers too but I’m sure no one will feel offended if I leave them out, haha)

Alhamdulillah for the turner of heart to turn our sister’s heart back to the Deen. MaSyaAllah for the strength that they use, from Allah.

Sometimes, we see them start it right, tudung labuh and no Barbie face. And slowly when they’ve gotten the hang of it, they’ll try out soooo many funky styles, in the name of fashion. Hijabista -.-” I have nothing against them but sometimes I feel it’s wrong if it can be seen by the opposite gender. If only the internet allows only women to view the photos hashtagged under hijabista or #hijabista, wouldn’t it be lovely? I mean, girl power guys, we jambu jambu for each other ah. :*

Recently one sister just started wearing hijab and instagrammers will know this well….

Comments of praise worthy to Allah will start flooding in.

And then! We have the hijab police.

“You should cover up your feet. Wear socks. Baju kenapa 3 suku? Nampak lengan. Baju kene kasi longgar, *give hadith and reference from Quran*”

Guys. Give the poor woman a break she is adjusting. She is TRYING to get use to it. She is JUST a baby in this. We don’t expect babies to crawl and 3 days later run, steadily, do we?

I cannot imagine how this sister feel being a public figure and all. But sometimes, the best thing is JUST to watch and observe, non?

This goes the same for those who have missed their mandatory prayers/fasts. Start with 1 and progress.

Maybe after a while, then, approach and encourage them personally. Nobody wants to be pinpointed in public.

Sometimes encouragement really helps. Also at the same time the words that we use also plays an important roll.

I’m sure we don’t want to be called on the day of yaumul qiyamah and a sister tells Him that you are the reason they stray off. 😦

I’m sure there’s been times when we hurt someone and it wasn’t easy to ask someone to forgive you but after much effort, that someone did.

I’m sure in our schooling days, there’s been re-test from teachers to improve our grades.

I’m sure we’ve fallen down a bike while learning.

I’m sure we’ve failed a spelling test. Or tests.

What were we given?

The fact that Allah puts a person to His deen before the soul reaches the throat is because He is giving that person a second chance.

So, are we those who tells a person off publicly or privately?

Are we those who shove the deen in someone’s throat because we know something more than them or because we’re doing it?

Are we those against their shortcomings or are we those who embrace them come hell or high water?

Yes. So many second chances in life. But we only have 1 life. And this life determines our Akhirah. And sadly (or not) YOLO. Heh. I think, people want the best for others and they can get a little aggressive.

But why are we showing no mercy (or less) than the Most Merciful in approaching others?

You and I have struggles. If it’s not outwards it must be inwards. The latter is the more important one. So lets work on fixing ourself since we only have one shot. In this shot, we may be given second chances to make it right. But more than often, we’re given countless chances. Afterall, Allah is Ar-Rahman and Ar-Rahim.

Any good comes from Him and anything opposite is from me.

Pheel free to correct me if I’m wrong 🙂 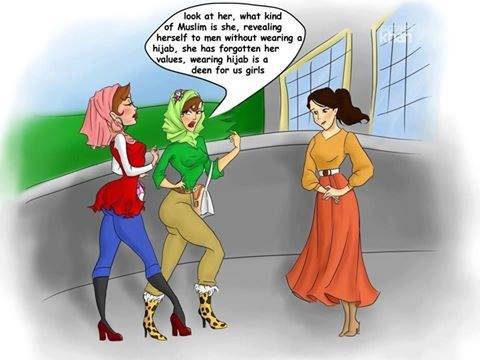