In all honesty,  it took us probably an hour (or more) to get to this open spot from the entrance. Why? Because we sat here and there taking breaks along the way. Not only that but also snap one or two (or twenty) pictures while we were at it. Shafa even called home while we were resting. All that heat and being baked under the sun made not one or two, but three of us slightly mental.

After the viewing point, we ended up on a higher ground bringing us closer to the sun. Desperate times calls for desperate measure guys.

We did not just suddenly go cuckoo. No multiple personality disorder here. The transition was progressive. 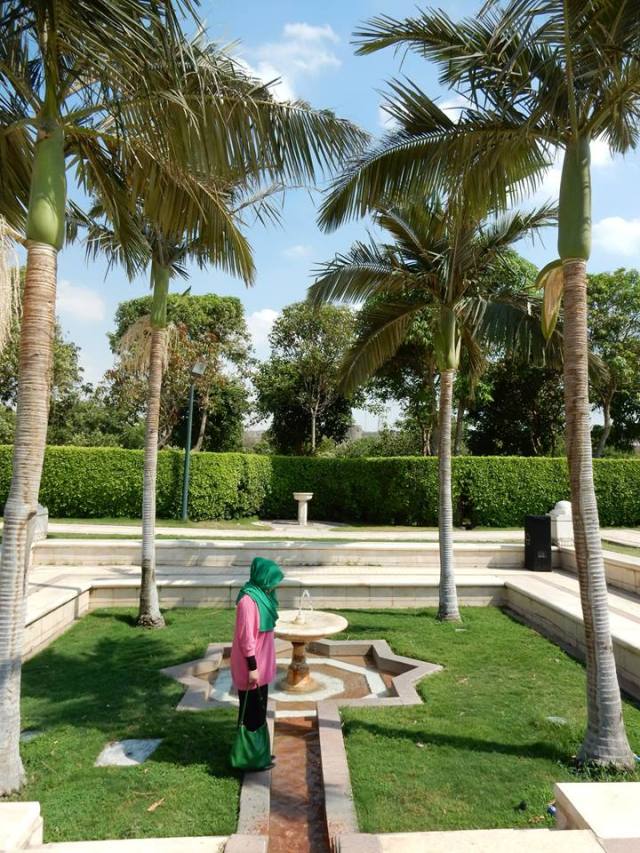 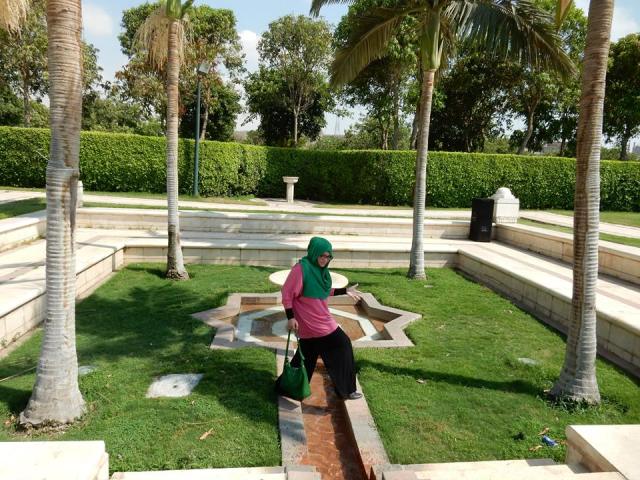 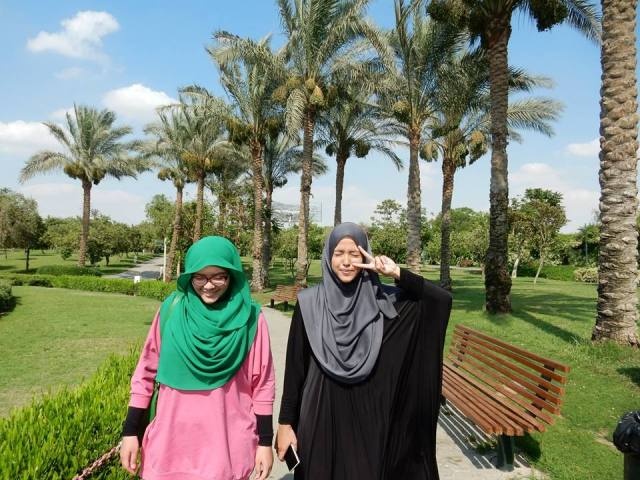 Of course that’s not all….

I guess I looked too indecent that she’s leaving me. I was just having a closer look at the water!

I imagine this is what’s in our mind as we were sulking.

Me: You dragged me out here in the heat. You KNOW I’m sensitive to sunlight!

Shafa: For your own good. Making memories.

Genuinely speaking, I had a ball of time in the park.

Some shade – a moment of restoring peace and sanity – before we head out of the park. 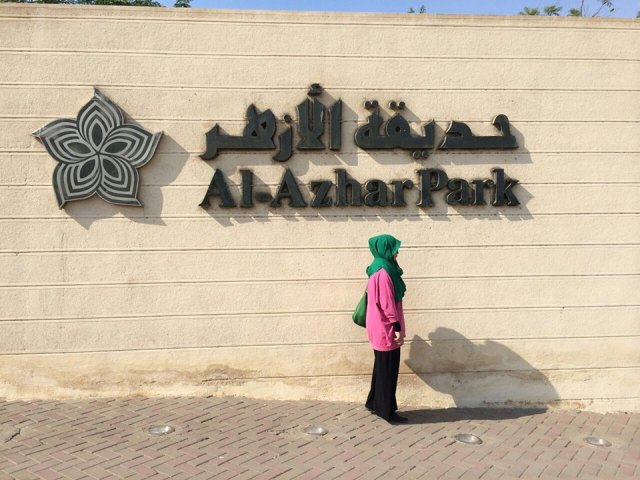 Till then, Azhar Park, you’ve been good to us.

If you’re ever in Egypt, I recommend you to visit this place. Just try to not be here in summer ok. You’ve been warned.